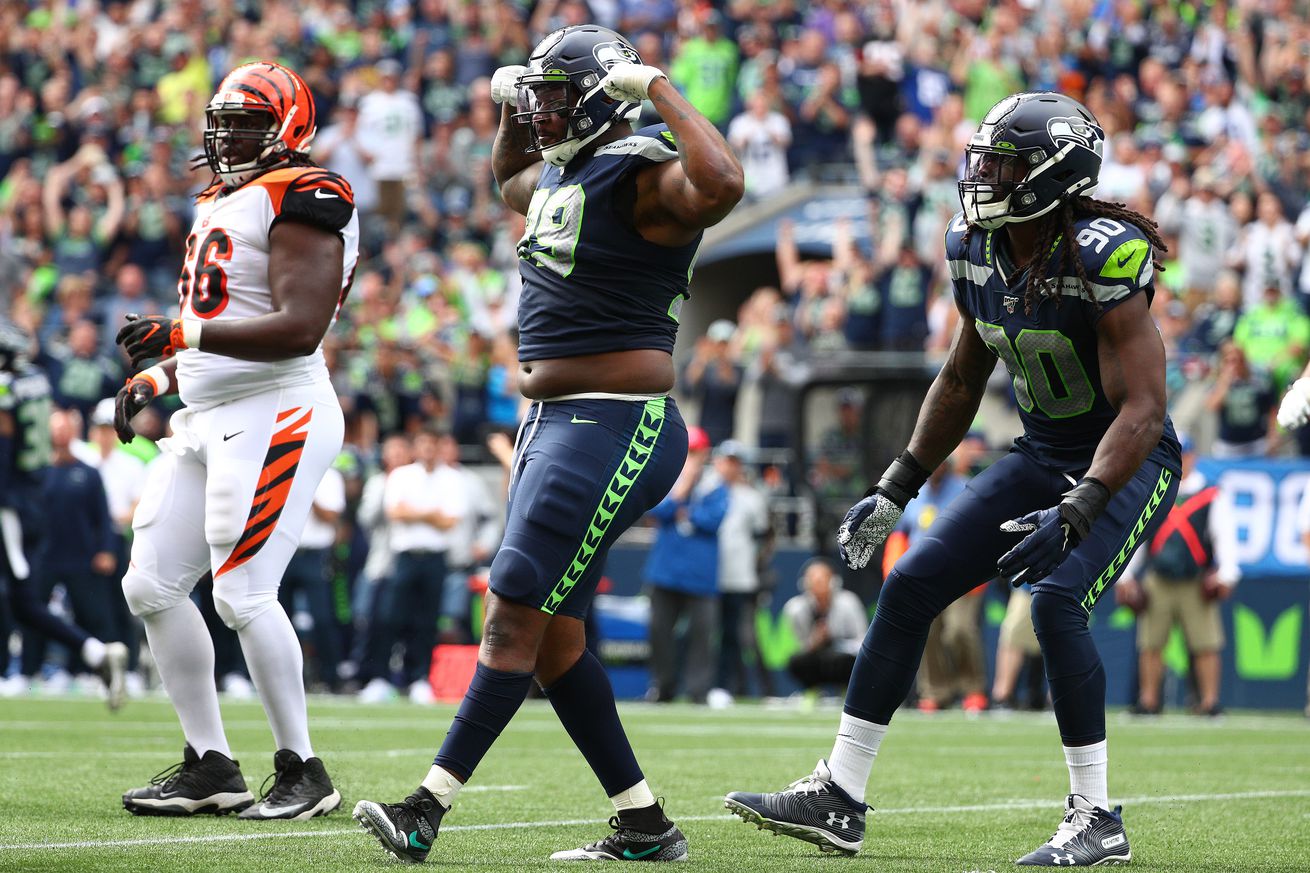 Sign up for the Seaside Joe newsletter!
In addition to the great content you'll see on Field Gulls every day, sign up for a daily newsletter to come to your email every morning that will be a short and sweet post, thought, stat, quote, musing by Kenneth or one of his guests that requires little thought or commitment. Just a good way to bring a Seahawks companion to your morning of sippin' joe by the seaside.

Ziggy Ansah “Ready To Play” & Other Seahawks Injury Updates From Pete Carroll
Seahawks coach Pete Carroll provides injury updates on the Seahawks prior to their Week 3 game against the New Orleans Saints.

Three Key Matchups: Seahawks vs. Saints
Taking a look at three matchups that could make the difference in Sunday’s game against the New Orleans Saints.

2019 Week 3: How To Watch, Listen To & Follow The Seahawks vs Saints
Broadcast information for Sunday's game between the Seattle Seahawks and New Orleans Saints.

Did anyone really doubt Russell Wilson could carry Seahawks? After the last year, there’s no question. | The Seattle Times
Wilson's stats over his last 16 regular season games would constitute one of the best seasons in NFL history.

Week 3 injury report for Sunday's NFL games - NFL.com
Week 3 is here! Check out the full tally of the official injury report and gameday designations for all 14 Sunday games.

Steelers' Diontae Johnson starting 'from here on out' - NFL.com
The Pittsburgh Steelers won't just head into Week 3's tilt versus the San Francisco 49ers with new quarterback Mason Rudolph. The receiver corps is also getting a revised pecking order.

Panthers' Cam Newton (foot) out against Cardinals - NFL.com
The Panthers will be without Cam Newton for Sunday's game against the Arizona Cardinals, as he'll be sidelined with a foot injury.

After nine-sack night, 'Sacksonville is back, baby!' - NFL.com
Led by another stellar Calais Campbell performance, the Jaguars defense terrorized Titans quarterback Marcus Mariota to the tune of nine sacks and reaffirmed their pass rush as one of the NFL's best.

Howard Cassady, member of Lions’ last championship team, dies at 85 – ProFootballTalk
Howard Cassady, a Heisman Trophy-winning running back who would then win an NFL championship with the Lions, has died at the age of 85. During his freshman year at Ohio State, Cassady was given the nickname "Hopalong" by sportswriters who saw him on the practice field and said he hopped all over ...

John Harbaugh: Jalen Ramsey trade talk not something I can comment on – ProFootballTalk
There's been plenty of talk that the Ravens could make a trade for Jaguars cornerback Jalen Ramsey, but none of that talk will come from Ravens coach John Harbaugh.

Saints not interested in Antonio Brown – ProFootballTalk
The last time Antonio Brown became a free agent, he wasn't free for long. This time around, he may be waiting for a while. Add the Saints to the list of teams that don't seem to be interested in signing AB.

MGoPodcast 11.4: A Hat That Says Nothing