Cowboys vs Dolphins: Three predictions for Week 3 against Miami 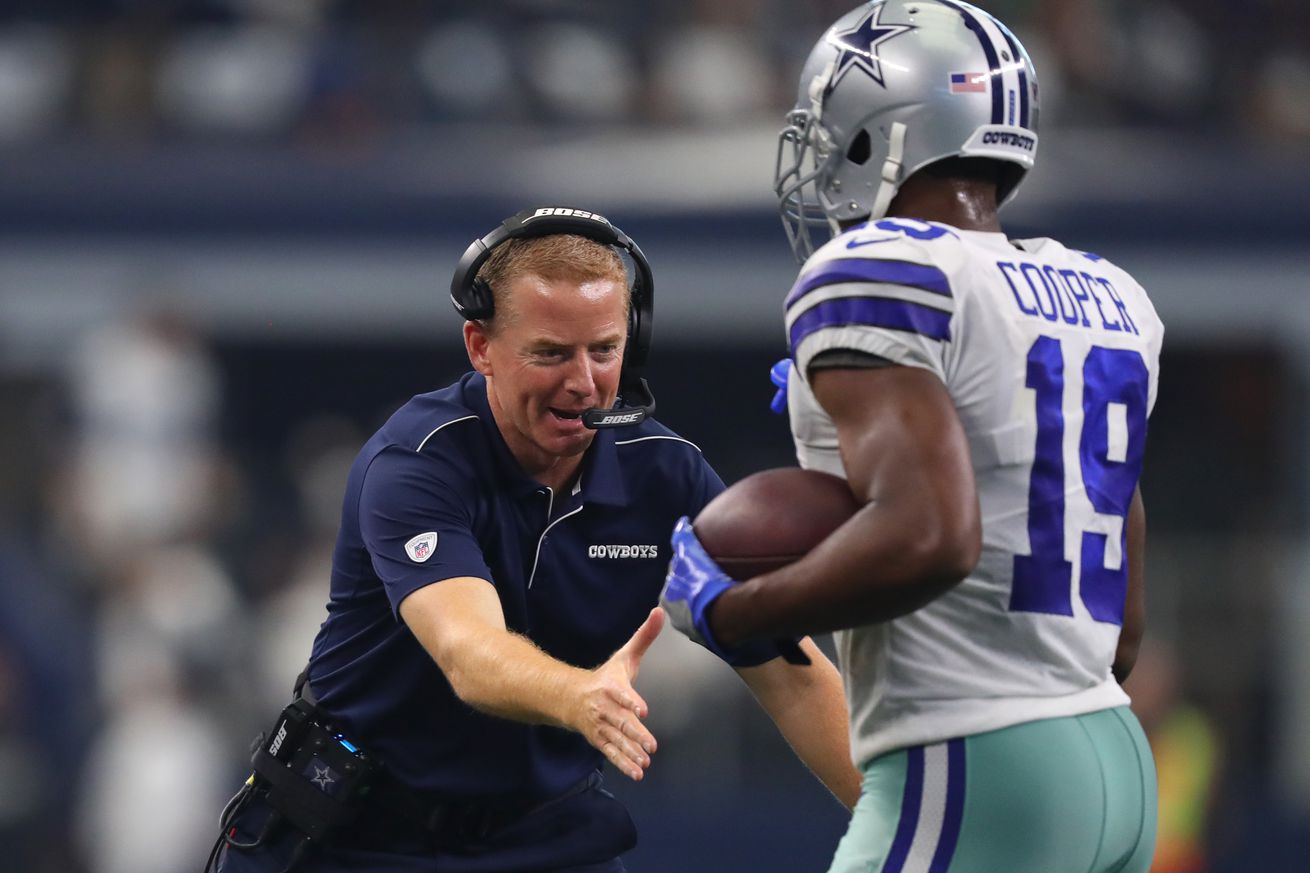 Check out three predictions for the Cowboys and Dolphins matchup this weekend.

The first two weeks of the Dallas Cowboys 2019 season have gone about as good as imaginable. Dallas followed up a Week 1 beat down of the New York Giants with another impressive 31-21 victory over the Washington Redskins in Week 2.

Cowboys quarterback Dak Prescott continued his red-hot start, throwing for 269 yards and three more touchdowns. Through two weeks, Prescott is 51 of 62 for 674 yards and seven touchdowns. Ezekiel Elliott added 111 yards on the ground including a touchdown against Washington, and we got to see Amari Cooper, Jason Witten, and Devin Smith on the receiving end of touchdown passes.

The win did not come with all good news however, Dallas lost young wideout Michael Gallup to a knee injury, and safety Xavier Woods to a high ankle sprain. Gallup seems like a lock to miss two to four weeks, but there are varying reports on how much time Woods will miss. Some believe it is a four to six week injury, while others believe he may be ready in as little as two weeks.

Dallas will matchup against the 0-2 Miami Dolphins on Sunday. Miami has had about the exact opposite start that Dallas has had to their season. The Dolphins come into Sunday’s game 0-2, but their record does not tell the whole story. Miami has been outscored 102-10 in the first two games, losing 59-10 to the Baltimore Ravens and 43-0 to the New England Patriots.

Miami went with veteran Ryan Fitzpatrick at quarterback to start the season, but after going 25 of 50 with just one touchdown to four interceptions, the team made the decision to start second-year man Josh Rosen against Dallas on Sunday.

Quarterback is not the only troublesome spot for Miami, through two games, the Dolphins defense has allowed 316.5 passing yards a game, to go with 194.5 rushing yards and 51 points per game. Obviously these stats are skewed because it is only Week 3, but the numbers are still extremely alarming.

Dallas is favored by 23.5 points heading into Sunday. However, this still is the National Football League, and anything can happen in one game. Before the Cowboys take on the lowly Dolphins on Sunday, check out three predictions for the game.

1. Amari Coopers goes for at least 125 yards and two touchdowns

In Week 1 against the Baltimore Ravens, the Miami Dolphins allowed Marquise Brown and Mark Andrews to both eclipse the 100 yard mark. On Sunday, they will allow another receiver to each that mark, Amari Cooper.

Cooper had a rather quiet Week 2 against the Redskins, catching just four passes for 44 yards, but he made his receptions count. Early in the fourth quarter Cooper had a key touchdown reception, extending the Cowboys lead to 21-7.

Amari Cooper with the Touchdown pic.twitter.com/RFgWI3AlAV

The Miami secondary clearly has struggled through the first two weeks of the season, and despite having Pro Bowler Xavien Howard on the roster, they lack depth at corner. In the Baltimore game, Brown was able to use his speed to easily get behind the Dolphins secondary on multiple occasions. Cooper will do the same thing on Sunday.

Miami also played the first two games with former first-rounder Minkah Fitzpatrick at safety, but this week he was traded to the Pittsburgh Steelers. The Dolphins won’t have 31-year-old Reshad Jones who is dealing with an ankle injury and the rest of the lot is not a great group of talent.

On Sunday, Cooper will eclipse the 125-yard receiving mark for the third time as a Dallas Cowboy. The Dolphins will not be able to contain the Pro Bowler all day, leading to a huge day through the air.

Through two games in the 2019 season, the Miami Dolphins have allowed 10 sacks. That is a very alarming number. On the Cowboys side of things, they have struggled to generate pressure this season, recording just two sacks in two games, but once again that will change in a big way on Sunday.

Dallas does have some injuries on the defensive line this week. Antwaun Woods and Tyrone Crawford have been absent from practice this week and will miss this weekend’s game, but that will not stop the Hot Boyz from getting pressure.

Miami starts Jesse Davis, Michael Deiter, Daniel Kilgore, Danny Isidora and J’Marcus Webb on their offensive line. Yeah, not a star-studded group. Miami has had to flip through numerous offensive line combinations already at the beginning of this young season, and they have yet to gain any stability as a group.

Despite the injuries, Dallas will get a boost on their defensive line when former Dolphin Robert Quinn returns from suspension this week. Quinn and DeMarcus Lawrence will have a field day going against the Miami tackles, and rookie Trysten Hill will have his first chance to make an impact against one of the worst offensive lines in football.

Josh Rosen is going to have a rough day with defenders in his face all day, and the Dallas defensive line will be the difference in the game. Look for constant pressure all game long and Rosen to be on his back multiple times.

The Miami Dolphins are an extremely bad football team. The Dallas Cowboys are a very good football team. This game on Sunday will not be close. Miami does not have any part of their team that is close to as good as their Cowboys counterpart.

Despite some injuries, Dallas will still easily be able to generate pressure on defense due to the dreadful Dolphins offensive line. On the offensive side of the ball, Ezekiel Elliott will have a field day on the ground, and even without Michael Gallup the Cowboys still have so many weapons for Dak Prescott through the air.

This game is not going to be close from the get go. Dallas will get out to a 21-7 lead early, go into halftime leading 24-7, and have such a big lead, most their backups can play the fourth quarter. Dallas will improve to 3-0 for the first time in the Jason Garrett era. Then they face their first real test of the season next Sunday night in New Orleans.

The Giants are a bad base-stealing team