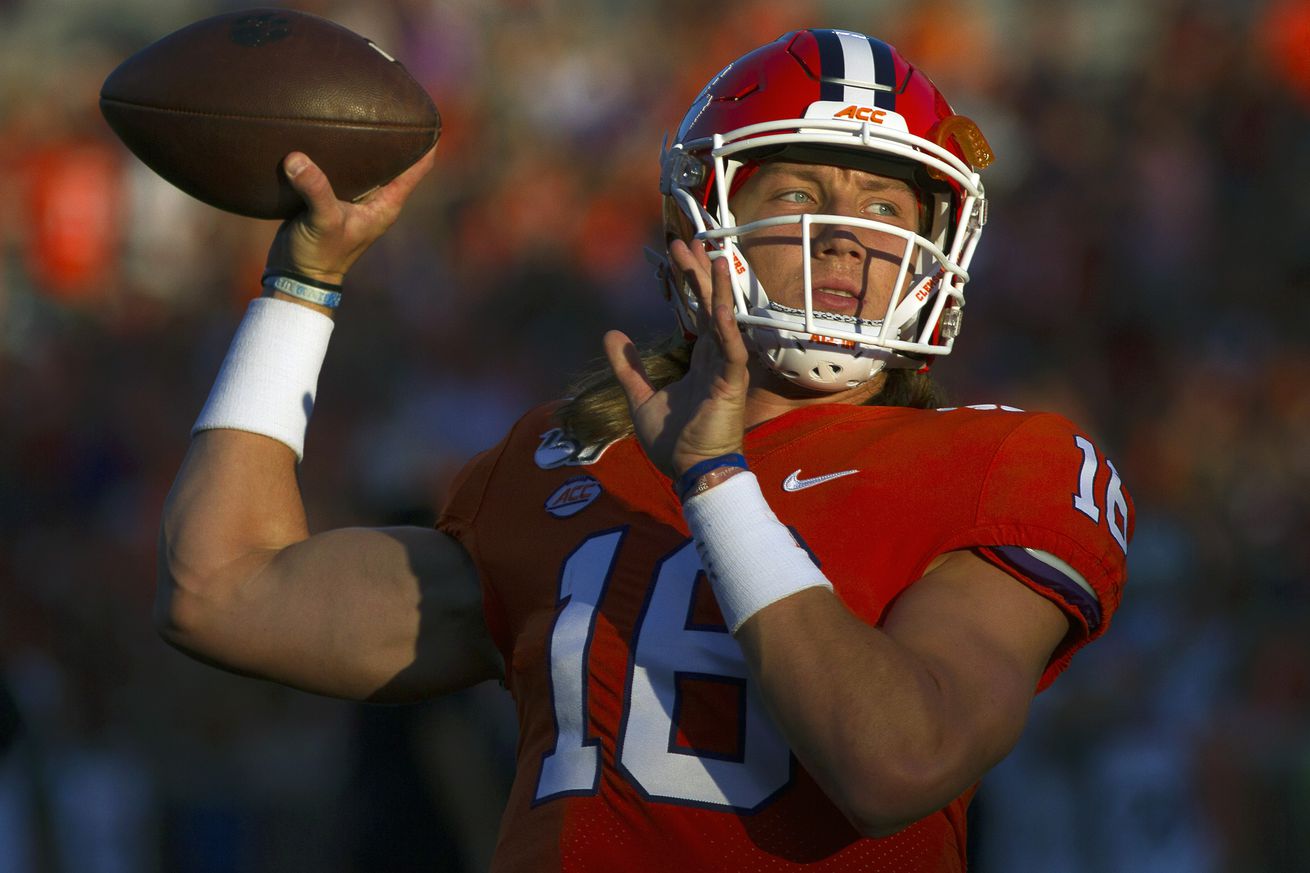 The No. 1 Clemson Tigers are on the road this Saturday to take on the North Carolina Tar Heels as heavy betting favorites on the college football odds.

Clemson is a 26.5-point road favorite on the college football odds in Chapel Hill at sportsbooks monitored by OddsShark.com. Over their current 19-game winning streak, the Tigers have won those games by an average margin of victory of 60 points per game.

With only seven touchdown passes, 925 passing yards, and five interceptions through his first four games, Trevor Lawrence has faded badly in the Heisman Trophy race after he was the preseason favorite. But that won’t matter much to the sophomore as long as his team keeps winning; the Tigers are 4-0 SU and 3-1 ATS so far in 2019 and haven’t won a game by less than two touchdowns in their last 14 contests.

Clemson keeps on clicking on both sides of the ball, and with Texas A&M out of the way there are no clear obstacles on their schedule towards another undefeated run.

In their last nine games against ACC opponents, the Tigers are 9-0 SU and 8-1 ATS per the OddsShark College Football Database.

The Mack Brown era kicked off with a bang this season as the Tar Heels picked up back-to-back upsets over the South Carolina Gamecocks and the Miami Hurricanes. But since then, North Carolina has lost each of its last two games on the road against the Wake Forest Demon Deacons and at home against Appalachian State. Just being competitive in all four of its games is a step in the right direction after the team went 5-21 SU in its previous 26 games coming into this season.

Saturday’s total is set at 60 points. The OVER is 3-0 in the last three games between the Tigers and Tar Heels.

The Tar Heels appear to be trending in the right direction, but they aren’t quite ready to put up a fight against a team of Clemson’s caliber yet. Look for the Tigers to extend their 3-0 SU and ATS streak against North Carolina.

For more odds information, betting picks and a breakdown of this week’s top sports betting news check out the OddsShark podcast. Subscribe on iTunes or Spotify or listen to it at OddsShark.libsyn.com.

Golden Nuggets: Mike McGlinchey vs TJ Watt a matchup to watch in Week 3