A Brief History of Movies That Eventually Turn Into ‘Home Alone’ 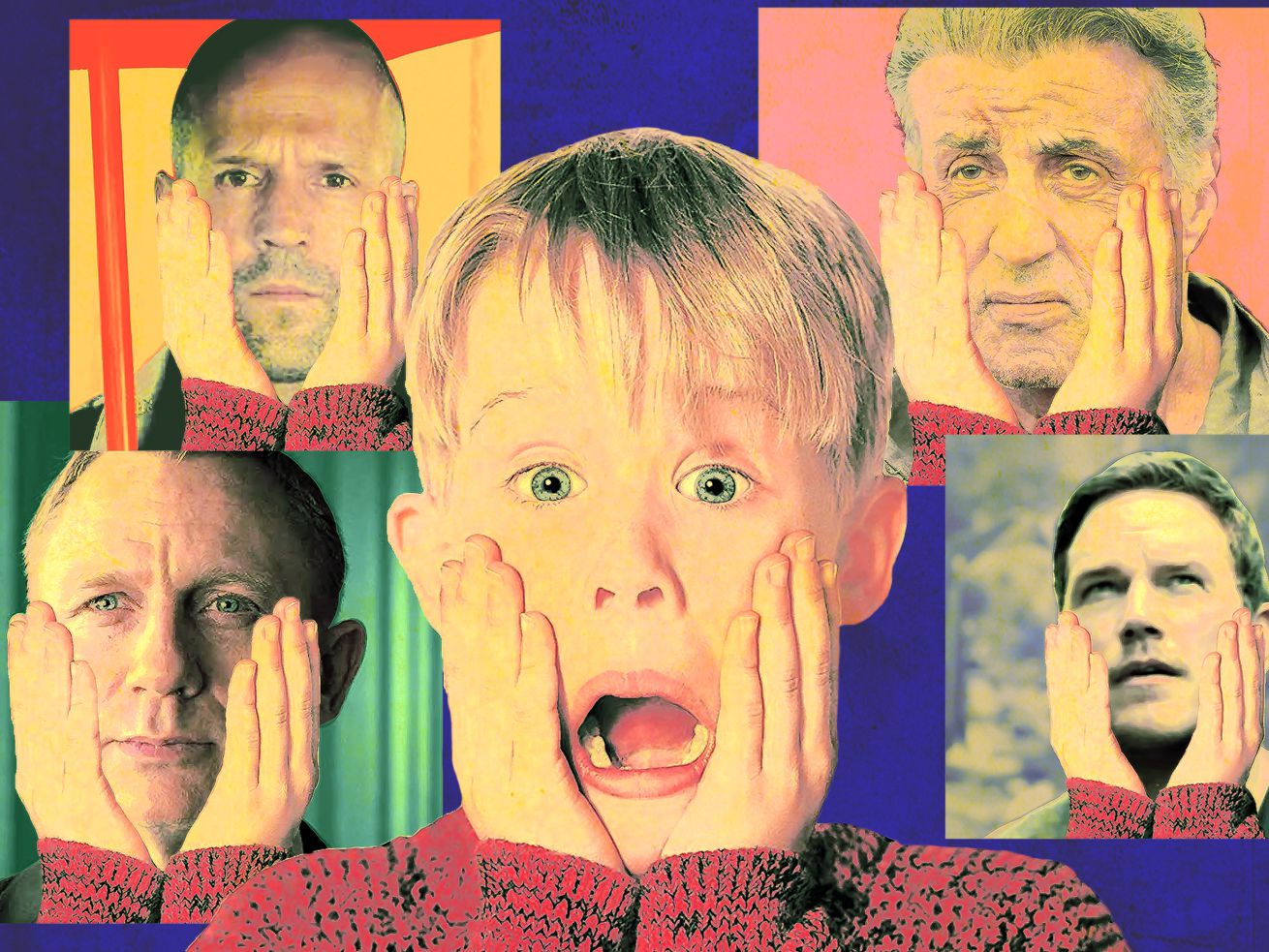 ‘Rambo: Last Blood’ devolves into a makeshift home-defense flick, so we took a look at some other action movies that turned action heroes into beefed-up Kevin McAllisters

Like the four Rambo movies that preceded it, Rambo: Last Blood rests on the swole shoulders of Sylvester Stallone, who is a one-man army for some noble cause. This time around, John Rambo has to save his granddaughter from a Mexican cartel—in turn, swapping out the Reagan era heroism of the franchise’s earlier installments for something more appealing to the MAGA crowd. It’s a disappointing ethos for the character to embrace, but it’s not the only way that Last Blood tinkered with the Rambo formula.

While Stallone is still impressively ripped at age 73, John Rambo has inevitably entered the stage of his life when everyone points out that he’s kind of washed. And, indeed, Stallone isn’t going to pull off the same stunts/feats of machismo that defined his career in the ’70s and ’80s. But that just means Rambo’s gotta get even more creative with his kills—and in Last Blood, it means taking a page out of the Home Alone playbook. The final third of the film sees Rambo lure the cartel to his home, nearly every inch of which has been booby-trapped for maximum carnage. The results more than justify the film’s R rating—it’s brutal and excessive even by the franchise’s gory standards. (Though I suppose in that regard it makes Last Blood more realistic than little Kevin McCallister’s reign of terror, since his deadly array of household traps somehow didn’t kill the Wet Bandits.)

Given the booby-trap-heavy climax of Last Blood, you’d have to figure it’s Rambo canon that our favorite Vietnam vet’s got a VHS copy of Home Alone lying around the house—if not Straw Dogs, the 1971 film that was Home Alone’s biggest influence. (As a millennial, however, I’m legally required to cite Home Alone instead of Straw Dogs for the remainder of this blog—sorry!) Or perhaps Hollywood just can’t resist an ending where a character uses their environment as a weapon. In any event, Last Blood isn’t the first, and surely won’t be the last, movie that offers some not-so-subtle variation to the Home Alone formula. Here’s a rundown of other Hollywood films from this decade that take some cues from Kevin McCallister, while invariably ramping up the scale and body count.

In this home-invasion thriller, a family reunion in the countryside takes a turn for the macabre when everyone is attacked by a group of masked assailants. (You’ll eventually discover that two of the siblings have planned the attack and hired the goons as a means of claiming their family’s huge inheritance.) But what makes You’re Next so damn satisfying is how someone in the film’s ensemble turns out to be way more resourceful than anyone—be it the bad guys or the viewing audience—would’ve ever expected.

You see, one of the siblings’ girlfriends—Erin, played by Sharni Vinson—happened to be raised in an Australian survivalist compound, so this is exactly the type of scenario she’s been prepped for her entire life. It’s so specific and silly; thus, it’s perfect. The hunters become the hunted, as Erin lays traps—like a bunch of exposed nails at the entrance of one of the house’s broken windows—and dispatches the attackers using a variety of household items and her bare hands. When Erin stuck a blender on one dude’s head before plugging it into the nearest socket, I started trying to retroactively submit this film for Academy Award consideration:

Kevin McCallister Effectiveness Scale: 10/10. Everyone but Erin dies in the film, including her boyfriend, one of the siblings who set the whole thing up. That’s cold: a normal breakup would’ve sufficed! But Erin’s booby traps were solid, her inventiveness with the kitchen blender iconic; she’s got the worst story about meeting your significant other’s family this side of Ready or Not.

The flashy gadgetry flexed by Daniel Craig’s James Bond isn’t present at the end of Skyfall, when 007 faces off with Javier Bardem’s Raoul Silva at his childhood home in the Scottish Highlands, by which point Britain’s top intelligence officer shares more in common with MacGyver. The sequence so aggressively evokes Home Alone (and, yes, also Straw Dogs) that you’ll find several Skyfall–Home Alone parodies on YouTube. All of them are exceptional.

The chaotic sequence is meant to illustrate that all the high-tech stuff established in the franchise is no substitute for gritty ingenuity—a theme that carries into its sequel, Spectre, when Fleabag’s Hot Priest Andrew Scott, as C, wants to abolish the 007 program in favor of global surveillance. (Naturally, that’s because C is also working for the bad guy.) Little else about modern Bond flicks establishes these old-fashioned sensibilities, which made all of Skyfall’s climactic booby-trapping such a fun and refreshing change of pace.

If you’re a fan of the Taken and John Wick franchises, you understand the appeal of The Equalizer movies: It’s fun to watch a retired and/or aging assassin get pulled into a situation that forces them to once again do assassin things. It’s especially entertaining when this retired assassin, Robert McCall, is played by two-time Oscar winner Denzel Washington, whose blank expression when he’s in peak “equalizing” mode is absolutely terrifying. And if John Wick’s reputation was molded by, among other things, killing multiple dudes with a pencil, McCall is the assassin GOAT of Death By Household Appliances.

In the first Equalizer, the final act is set within a “Home Mart”—read: it’s just a Home Depot, but yellow—where McCall uses a microwave to blow up one Russian mobster, while slowly incapacitating another with a nail gun before lodging a fatal tack in the dude’s neck. McCall somehow one-ups himself in the 2018 sequel, when, in front of the backdrop of a goddamn hurricane, he harpoons one guy in the skull and has another henchman inadvertently blow himself up by tossing a stun grenade into a bunch of flour—causing what is legitimately called a “flour explosion.”

McCall is so good at what he does, it’s like he must constantly challenge his own boredom with increasingly nifty kills. If you ever see McCall in public, maybe just let the guy sip his tea in peace—and don’t do anything that goes against his moral code.

Kevin McCallister Effectiveness Scale: 10/10. This is basically what would happen if Kevin grew up to become a ruthless killer with an inexorable love of booby traps, a profound sense of righteousness, and an unrelenting commitment to Teavana.

Fallen Kingdom is a first in the gleefully copying Home Alone canon. The back half of this blockbuster takes place in a gothic mansion, turning the film into a glorified haunted house flick—just swap out ghouls with a genetically modified dinosaur called the Indoraptor hellbent on eating everything in its path. (I’m pretty sure it’s only called an “Indoraptor” because it’s terrorizing the characters indoors, further proof that we should probably lock this franchise in prison and toss away the key.)

Anyway, the human characters do their best to evade the Indoraptor throughout the mansion in a nerve-racking game of cat-and-mouse. But it’s the velociraptor/Fallen Kingdom breakout star Blue who saves the day. With the Indoraptor cornering Chris Pratt on the glass roof of the mansion’s dinosaur exhibit, Blue comes off the top rope to impale the Indoraptor on a triceratops skull. (Yes, you read that correctly.) It is, without question, one of the most absurd things I have ever seen put to film—all the way down to the use of slow-motion for dramatic heft:

So yeah, this scene is bonkers, but Blue is an absolute legend.

Kevin McCallister Effectiveness Scale: 5/10. I’m sorry to kill the vibe, but I do have to question whether Blue actually intended to impale the Indoraptor, or whether fortuitous circumstances led to this Franken-dino’s ridiculous death. Regardless, this is the first and likely only time you’ll see the antics of Macaulay Culkin compared to those of a fucking velociraptor, and we have to commend Blue for even forcing us to reckon with that.

OK, this one is a bit of a stretch—none of the Home Alone movies concluded with a bunch of supercars attached to a helicopter while Dwayne Johnson’s Luke Hobbs tries to pull the aircraft down with a biceps curl. (And hey, that’s fine: Not all movies can be as compelling as Hobbs & Shaw or Citizen Kane. The Home Alone franchise shouldn’t be ashamed about being compared with legends.) But when the Hobbs & Shaw action moves to Hobbs’s native Samoa, the character’s extended family lays a bunch of booby traps for Idris Elba’s villainous superhuman, Brixton, and his henchmen.

The ensuing chaos is, well, not exactly an upper middle class home in the Chicago suburbs getting broken into by Joe Pesci—but it’s a clever back-to-basics approach that keeps the family-centric spirit of the Fast & Furious franchise alive. The Hobbs family loves their muscle cars, because of course they do, but they’re also inexplicably jacked and decked out with a bunch of old-school weapons for maximum ass-kicking. (Brixton and his boys have their guns temporarily disabled, for plot reasons.) The battle is an inspiring incorporation of Johnson’s Samoan heritage, and another way that a Fast & Furious entry does something different to keep things from getting stale. And after jumping between Dubai skyscrapers, skydiving in muscle cars, taking on a Russian nuclear submarine, and now fighting Idris Elba with a bunch of booby traps and Samoan clubs, it’s only a matter of time before the Fast famiglia makes its way to outer space.

Kevin McCallister Effectiveness Scale: 6.5/10. The traps laid out by the Hobbs clan were clever, but if Luke Hobbs didn’t biceps curl a helicopter, Brixton would have escaped the island unscathed. A real Home Alone pastiche would’ve sent Idris Elba straight into the concussion protocol.

WATCH: Phil Mickelson is here to help Tom Brady with his calf woes

Can NFL Refs Do What Analysts Never Could: Get Coaches To Pass More?