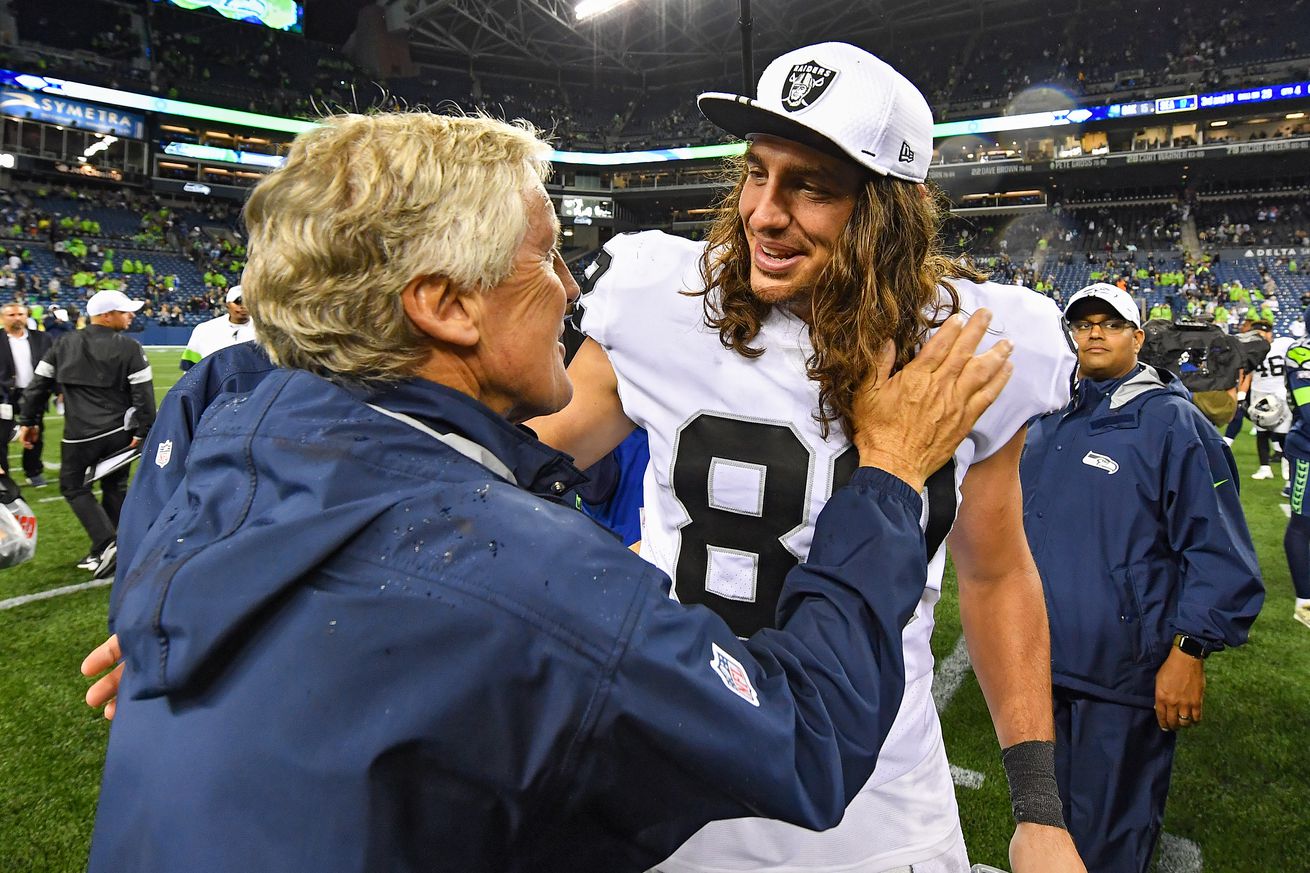 It didn’t take long to find out which player would replace Nick Vannett on the Seattle Seahawks tight end depth chart.

Following Tuesday evening’s news that the team agreed to trade Vannett to the Pittsburgh Steelers, it was reported later that evening that the team is expected to sign Luke Willson on Wednesday (the day of this article’s publish). Willson had remained a free agent after he was let go by the Oakland Raiders during final roster cuts.

Look for the #Seahawks to bring back a familiar name to replace him: Luke Willson, who is expected to sign tomorrow. https://t.co/uPutv80Bbr

Willson was Seattle’s fifth-round draft pick in 2013, and while he never assumed the role of starter, he kept his position as TE2. While he was known more as a blocker, he amassed 89 catches for 1129 yards and 11 touchdowns from 2013-2017. Arguably his most memorable game as a receiver came in the 2014 beatdown of the Arizona Cardinals, as he caught 3 passes for 139 yards and a pair of touchdowns.

Luke spent 2018 with the Detroit Lions, catching a career-low 13 passes for 87 yards and failing to get in the end zone. Willson had most recently gotten a tryout with the New Orleans Saints but obviously didn’t sign.

Will Dissly is the unquestioned starting TE based on his great start to the season, and it’ll be Willson assuming the backup role, at least for as long as Ed Dickson is still on IR through the end of October.

There had been a shortage of Canadians on the Seahawks roster following the departures of both Willson and Jon Ryan last year, so now that void has been filled by a familiar face.

...And it’s also great news for the Techno Thursday crowd.