The Giants matched two records that will stand forever 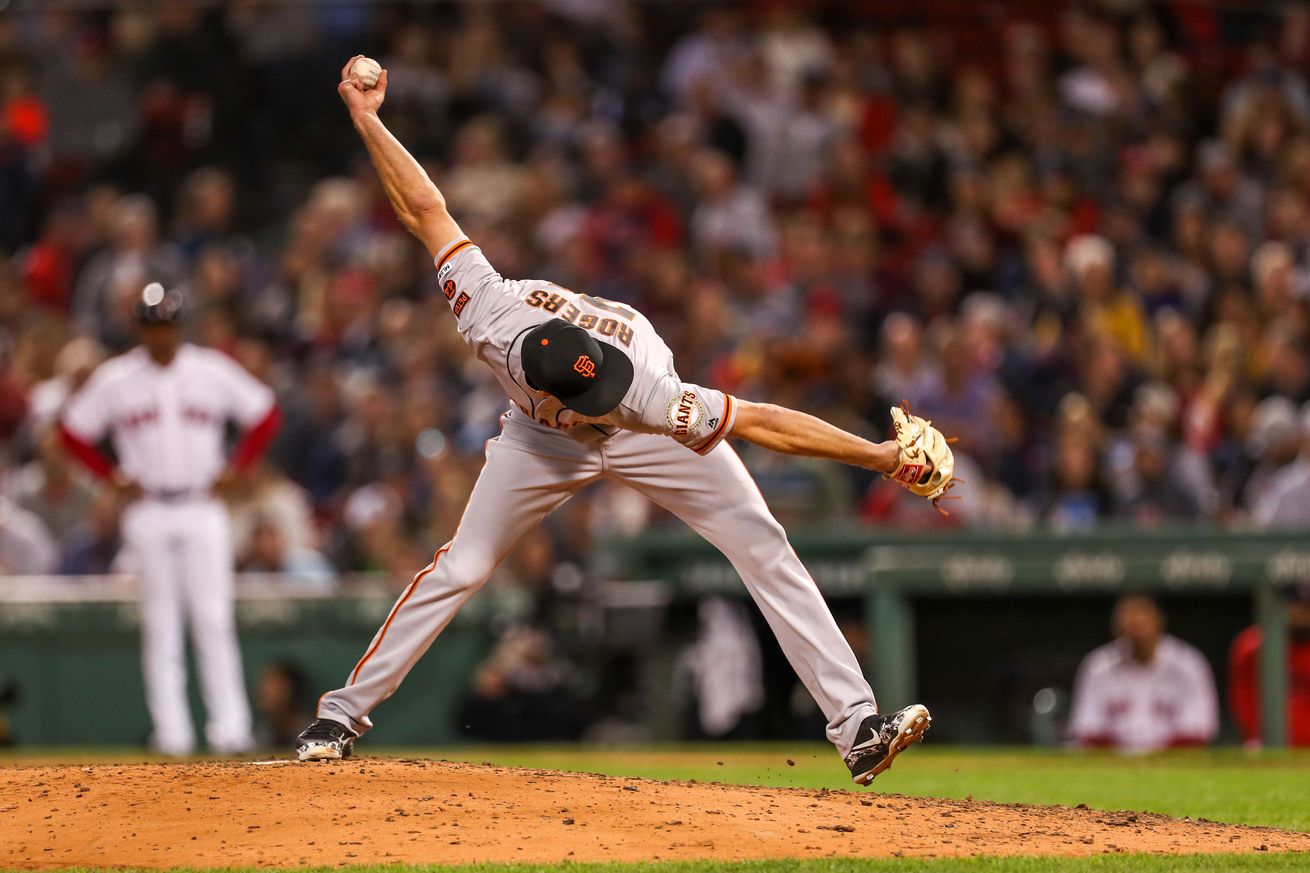 On Tuesday, the Giants tied two records for pitchers used in a game, and the incoming rule changes mean they will never be broken.

In Tuesday night’s 15-inning game, the Giants and the Red combined to used 24 pitchers tying an MLB record for pitchers used in a game. This tied a 2015 game between the Dodgers and the Rockies that was played under similar circumstances. That game went even longer at 16 innings (despite being 31 minutes shorter*), and it also came in September when teams can carry every single one of their pitchers on the active roster. It should be noted for no other reason than spite that Mat Latos lost that game for the Dodgers.

*Pedro Baez even pitched two innings in that game. What the heck?

Because Bruce Bochy takes no half measures when it comes to making pitching changes, this also tied the record set for most pitchers used by a single team at 13. Walt Weiss and the Rockies set it in that same game in 2015.

Unless this record is broken in the next week and a half, it will stand forever. Even in the Age of the Opener with bullpens becoming more and more specialized and position players taking the mound more than ever, it won’t be possible to use more than 24 pitchers in a game or for a single team to use 14 pitchers.

There are two rule changes coming in 2020 that will prevent this sort of thing from happening. The three-batter minimum will be instated. That means that innings like the 13th where Bruce Bochy used four different pitchers to face seven batters won’t be possible again. That inning, Bruce Bochy went:

Under the new rule, the maximum number of pitchers a team could use for seven batters becomes three. The rule doesn’t apply to pitchers who finish the inning. The only way to get four pitchers into an inning is to have the other team bat around (10 batters, not 9. Don’t @ me). Since any game that would ever see 13 pitchers from one team or 24 pitchers from both is going to be an extra-inning affair, letting the other team bat around is a good way to lose the game and end it there.

The other rule that will keep this record safe are the changes to the September roster. No longer will teams be able to bring up their entire 40-player roster. September roster expansion will be restricted to 28 players. The league is also taking provisions to curb position players pitching by having teams designate who is a pitcher and limiting the amount of active pitchers who are available. However, position players will still be able to pitch in extra innings.

With a 28-player roster, the maximum number of pitchers a team could carry will likely be 14. To break Bochy’s record, a team would have to use every pitcher on their roster including starters which would be insane. Even if a team evolves beyond the need for starters, we’ll never see that happen. There’s always someone who is unavailable due to fatigue.

That’s just to break Bochy’s record for most pitchers used in a game. To break the combined record of 24, both teams would have to employ multiple position players who would have to match each other in effectiveness or terribleness.

It would take an absolute perfect storm of nonsense and general wackiness to match or surpass the records Bochy and Álex Cora matched on Tuesday. Unless these rules are changed in the future, I doubt this will ever happen.

Gardner Minshew spawned so many memes (Uncle Rico!) after leading Jaguars to a win

Steph Curry, Damian Lillard, and Klay Thompson are in. Team USA is fine