Lano Hill, the Seahawks’ quick passing game to be tested vs Saints 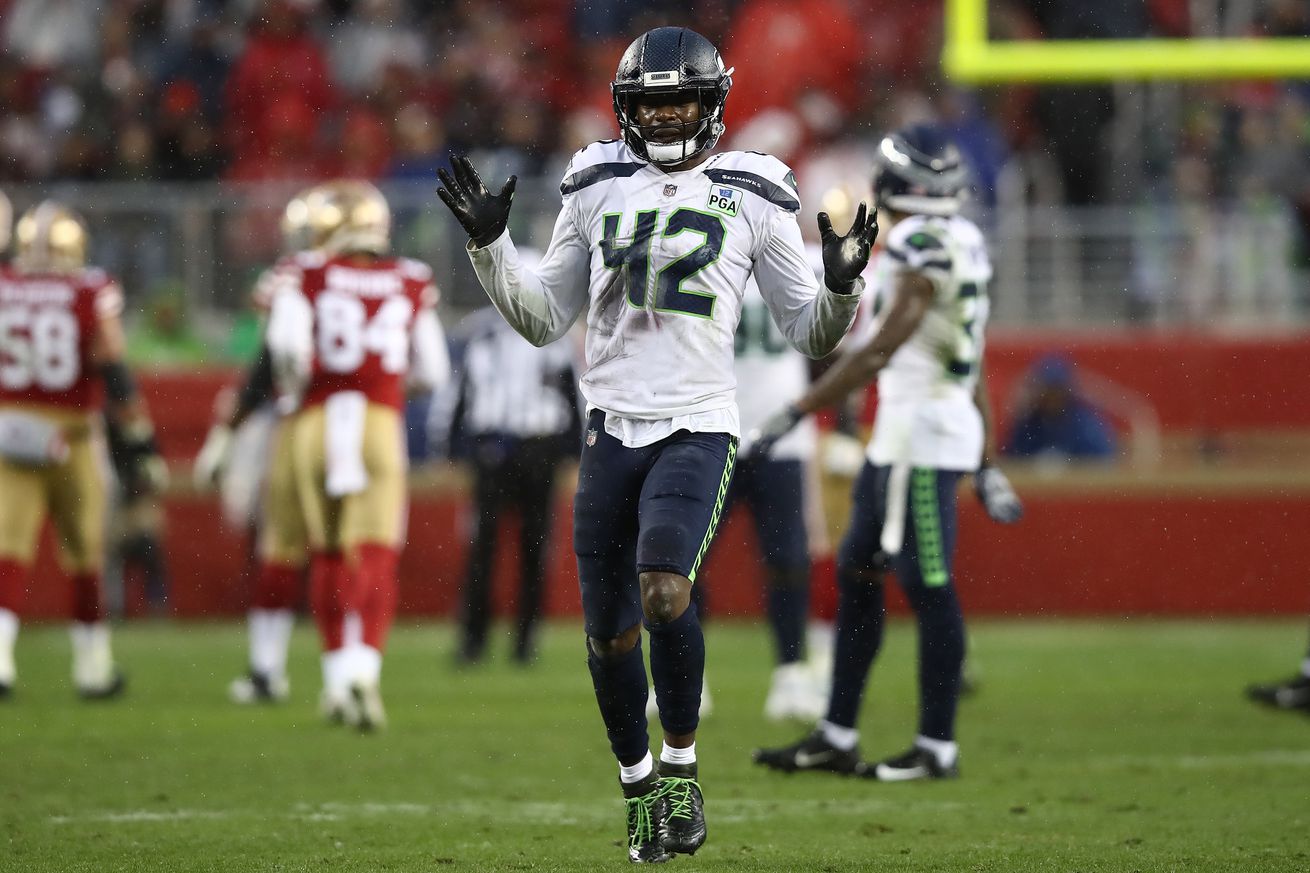 The 2-0 Seahawks received quite the break ahead of Week 3, when Drew Brees was lost for several weeks due to a thumb injury. Now, the Teddy Bridgewater and/or Taysom Hill led Saints offense will enter CenturyLink Field looking to maintain New Orleans’ reputation as a dangerous outfit. Despite not having a future Hall of Famer at the helm for the next few weeks, the Saints still boast a number of game-breaking weapons on offense, and that’s where we’ll start.

This could change, should Tedric Thompson step back into the lineup, but as of now, it seems likely it’ll be Hill and Bradley McDougald manning the back end for Seattle again. Hill, playing the strong safety spot, will draw the unflattering task of containing Kamara, one of the game’s rarest talents. The closest comparison to Kamara, at least in the passing game, is Christian McCaffrey, who tore the Seahawks up for 11 catches, 112 yards and a touchdown through the air last season. In that game, it was McDougald—at strong safety—who drew the assignment most often.

As a runner, Kamara is a joy to watch; a threat to turn the corner and break one every time he gets an outside carry, and slippery enough to be one of the game’s elite short-yardage backs at a wiry 215 pounds. Through two games, Kamara sits fifth in tackles avoided. But as a receiver, Kamara threatens defenses all over—he can split wide, align in the slot, or run vertical routes from the backfield. More than his versatility, even, is his ability after the catch that kills teams. In 2018, a stunning 90 percent of Kamara’s 709 receiving yards came after the catch. It’s not just New Orleans scheming him into space, either: Kamara has forced a missed tackle on 28 percent of his career receptions. The Saints get him into mismatches, and Kamara exploits them. Consistently.

Except for when McDougald rotates down into the box, the onus will be almost entirely on Hill to contain one of New Orleans’ best players. Just last week, Pete Carroll spoke glowingly of Hill ahead of his first start of the season, calling him “the best tackler in the draft,” when he came out of Michigan. Now, Hill is going to need to back up Carroll’s claim, containing Kamara after the catch. The box safety proved to be valuable as a matchup-dependent defender late last season—particularly against the Chiefs—but he’s never had to match up against a player like Kamara. Even just limiting the dynamic tailback would go a long way towards halting the Saints’ attack.

In a shining second-half in Pittsburgh, the brightest spot was Brian Schottenheimer putting the ball in Wilson’s hands and allowing him to shred the Steelers with a quick passing attack. His 1.89-second average time to throw was the quickest recorded since 2016, and a lot of it was Wilson recognizing the blitz, and exploiting the vacated space. Wilson has a sparkling 151.6 passer rating against the blitz in 2019 (second in the NFL), and now he’ll come up against a defense that brings extra rushers often. In 2018, New Orleans blitzed the 12th most in the NFL. That tendency hasn’t gone away, but it has gotten more dangerous in 2019.

Sophomore pass rusher Marcus Davenport has taken a huge stride in year two, joining the perennially underrated Cameron Jordan (who will be matched up against Germain Ifedi, gulp) as a threat off the edge—Davenport’s 10 pressures are tied for third in the NFL. Meanwhile, Trey Hendrickson is eighth in the league in percentage of pass rush snaps resulting in a hit or sack. The Saints’ deep pass rush rotation is a big reason why they managed to pressure Jared Goff on an astonishing 25 dropbacks a week ago. As a team, they rank first in Pro Football Focus’ pass rush metric.

If Seattle attempts to run their offense with Wilson taking deep drops, New Orleans will simply overpower a Seahawks offensive line that is 30th in Football Outsiders’ adjusted sack rate. For Seattle to move to 3-0, Schottenheimer and the Seahawks need to again let Wilson take over, and allow him to get the ball out quickly.

You’ll have to excuse the clunky subhead, but there’s just no succinct way to label this matchup. Seattle has to stop Michael Thomas! But through two weeks, the Seahawks have aligned in their base defense at a percentage that is wild for 2019, with either Jamar Taylor or Ugo Amadi being used sparingly—around 50 percent less than Justin Coleman was played in 2018. To hold off the wide receiver who was so brilliantly coined “Positive Outcome,” by Chris Wesseling a year ago, it’ll take a number of defenders: Bobby Wagner and K.J. Wright in their hook/curl zones underneath, and Bradley McDougald coming down from the deep middle. Probably.

In a way, projecting how Thomas will be used—and thus, how he can be defended—is a bit of a guessing game in his first meaningful start without Brees throwing him the ball. Generally, Thomas has been used all over the place. Take his previous two 100-yard games, for example: In the 2018 divisional round, Thomas ran all but three routes from the right:

But last week, with Bridgewater under center for the majority of the game, Thomas saw almost all of his work come over the middle:

If Thomas again sees the majority of his targets over the middle of the field in Week 3—and Bridgewater’s total distribution last week and in Week 17 last year would indicate he will—he’ll still need to be zeroed in on. Thomas is as dominant as they come: First in the NFL among receivers in catch percentage last season (securing 85 percent of 147 targets), and he currently leads the league in targets in 2019. After Brees exited the game in Week 2, Thomas drew 37 percent of Bridgewater’s passes. He’ll be a focal point of the Saints’ offense regardless of who is under center, and he’ll need to be a focus of anyone, and everyone, defending the middle of the field for Seattle on Sunday.

The Seahawks, worryingly, are back to a place where their pass protection could sabotage the offense in any given game. Thankfully, they have the talent, and now the recipe, to help overcome shoddy blocking. If Seattle’s able to again mitigate the pressure on Wilson, and contain New Orleans’ dynamic threats, 3-0 will be attainable.

Cowboys vs Dolphins: Three predictions for Week 3 against Miami

Can NFL Refs Do What Analysts Never Could: Get Coaches To Pass More?